Ya-Chun Yang has been appointed as the Concertmaster of the Taipei Symphony Orchestra.

Yang graduated from New England Conservatory and Taipei National University of the Arts. Yang has won top prizes in numerous competitions, including the 1st Professor Shu-Te Sylvia Lee Violin Competition and she was the winner of the 32nd and 33rd Chimei Arts Award. As an avid orchestral player, Yang participated in Taipei Music Academy & Festival in 2019, 2020 and 2022 and Taiwan Connection Chamber Orchestra since last summer.

American violinist Angela Wee has been appointed as principal associate concertmaster of the Metropolitan Opera Orchestra.

’I am still processing the news,’ Wee told The Violin Channel. ’It all happened very quickly because I landed at JFK from Korea on a six-week tour with the London Symphony Orchestra and Sir Simon Rattle the day right before the audition. The jetlag made me delirious…but maybe in a way it helped.’

Wee recently graduated from the Juilliard School where she studied under Donald Weilerstein and Masao Kawasaki. In 2021, she was recipient of the Juilliard Career Advancement Fellowship Grant and now assists in the pre-college violin and chamber faculty.

Wee is the co-founder of Sana, a violin duo that performs concerts to offer solace and healing to communities, and she partners with organisations throughout New York City to promote awareness on social justice issues. 28-year-old VC Young Artist Sirena Huang from the United States has just minutes ago been awarded the Gold Medal at the 2022 International Violin Competition of Indianapolis (IVCI).

A graduate of The Juilliard School and Yale University, where she studied with Stephen Clapp, Sylvia Rosenberg, Itzhak Perlman and Hyo Kang, Sirena is a former major prize winner at the Elmar Oliveira, Singapore and Shanghai Isaac Stern International Violin Competitions

Second and Third prizes were awarded to 22-year-old Julian Rhee from the United States and 24-year-old VC Young Artist Minami Yoshida from Japan.

All rounds of this year's competition are available now at: www.theviolinchannel.com/vc-live-2022-indianapolis-violin-competition

In autumn 2022, Cuban cellist Ismael Guerrero and US double bassist Nicholas Arredondo will become the LA Philharmonic Orchestra’s Judith and Thomas L. Beckmen Resident Fellows, alongside percussionist Justin Ochoa. The fellows are selected through a screening and audition process led by musicians of the LA Phil and artistic director Gustavo Dudamel.

The fellowship, that supports historically underrepresented populations, will see the trio appointed as musicians with the LA Phil for up to three years whilst receiving a salary and benefits package.

Guerrero is currently a member of the Sphinx Organisation’s Sphinx Virtuosi ensemble. The organisation features the nation’s top Black and Latinx soloists. He is also an active member of the Colour of Music Festival, which promotes Black excellence in the arts. As a soloist, Guerrero has performed in Mexico, Switzerland, Cuba, and throughout the United States. He has recorded multiple albums for CTM Classics as a member of the Peabody Cello Gang and as principal cellist of the Mount Vernon Virtuosi.

The Judith and Thomas L. Beckmen LA Phil Resident Fellowship is an excellence-based training programme that launched in 2019 on the orchestra’s centennial. The fellowship’s goal is to prepare musicians from underrepresented populations to compete for, and win, positions in major professional orchestras.

Through the scheme, the recipients will have the opportunity to focus on their artistic development through orchestral, chamber music, new music, and education concerts performed at Walt Disney Concert Hall, the Hollywood Bowl and in community settings. The fellows will also work alongside existing LA Phil players in a mentorship scheme preparing the recipients for future auditions and orchestral placements.

Past recipients include violinist Sydney Adedamola, violist Jarrett Threadgill and double bassist Michael Fuller. In an interview for the scheme, Fuller said about working with Dudamel: ‘I remember one of our first concerts with Dudamel. We were playing Prokofiev’s Romeo and Juliet. He kind of looked over and nodded to the basses. Just a little acknowledging, as if to say, “OK. I see you.”’ 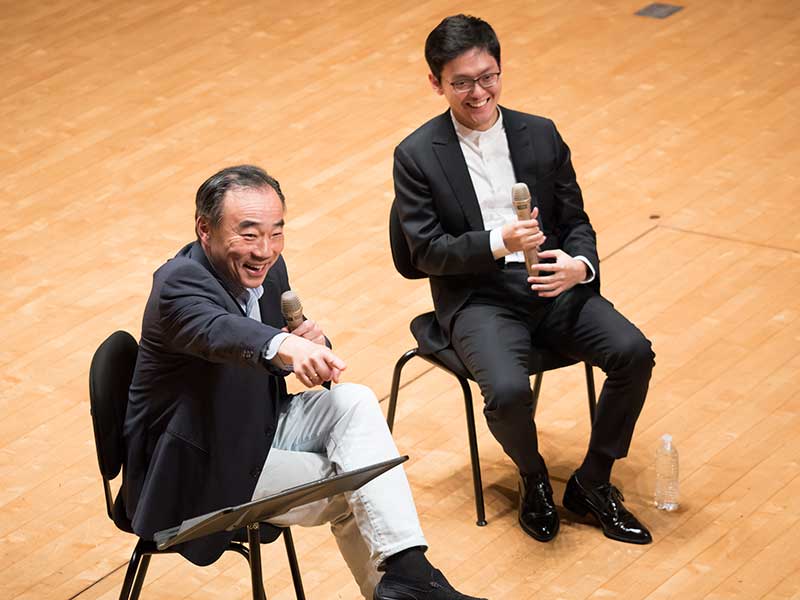